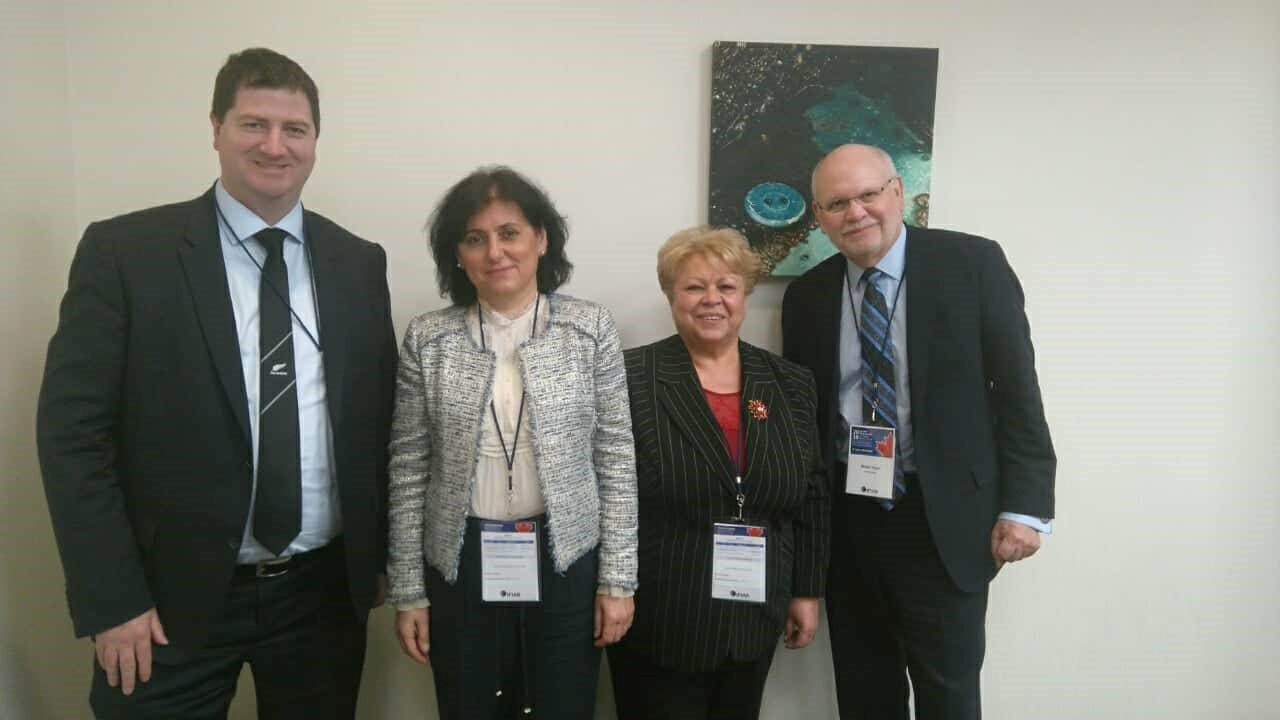 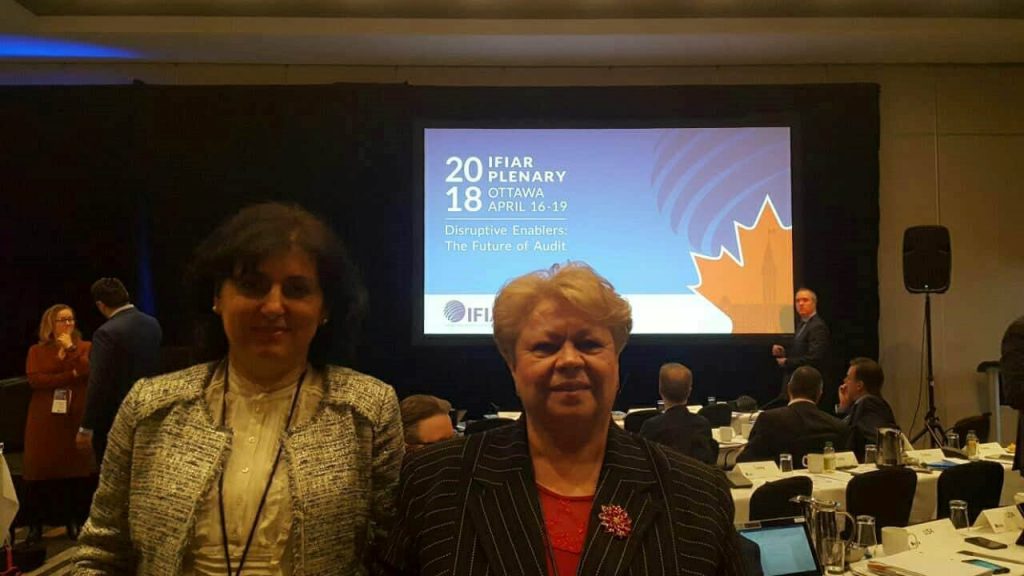 At the invitation of the International Forum of Independent Audit Regulators – IFIAR for participation at the annual IFIAR 2018 PLENARY MEETING – MEETING WITH THE IFIAR OFFICERS, and on the proposal of the President of the Council for the Advancement and Oversight of the Audit in the Republic of Macedonia, the member of the Council, Dr. Zorica Bozhinovska Lazarevska and the Coordinator of the Professional Working Service of the Council Dafina Taleva Hadzi-Vaskova attended the event that took place from 16th  to 20th of  April 2018 in Ottawa, Canada. In the course of 2015, at the initiative of the members of the Council, the procedure for applying for full membership of the Council in the IFIAR was initiated. The invitation by IFIAR was aimed on the status of the application and the dynamics of further activities.

By the IFIAR President Brian Hunt and Executive Director Carl Renner, a special meeting was organized with the member of the Council and the Coordinator of the professional working service of the Council of the Republic of Macedonia. During the meeting, a discussion was held on the course of the procedure for evaluating the application of the Council for the Advancement and Oversight of the Audit of the Republic of Macedonia, with particular reference to the treatment of quality control, the capacity of the body for transfer of quality control and inspection by the Institute the certified auditors of the Republic of Macedonia, the composition and competencies of the body and the expert service, and so on. The meeting was held and finished in a positive atmosphere with the promise that during the next three to four weeks the updated version of the Council’s application will be reviewed (supplemented with the requested information by IFIAR) and we will be notified in due time about the outcome of the evaluation. 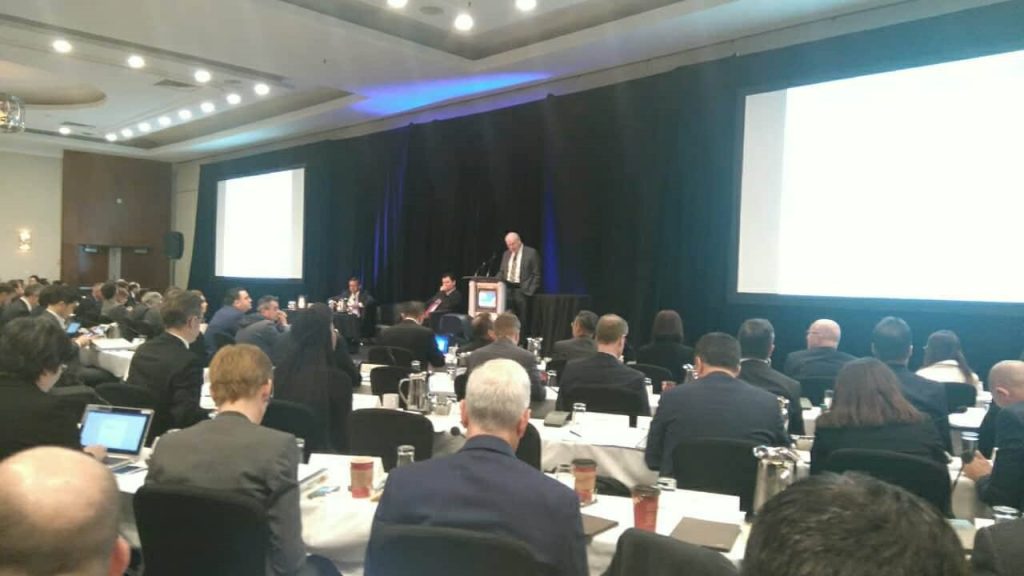 In accordance with the IFIAR 2018 program, PLENARY MEETING started addressing representatives of IFIAR, followed by the panel for Q & A Disruptive Enablers: Innovation and the Changing Business Environment. After the keynote, a panel followed a debate between representatives of supervisory bodies full members of IFIAR with top representatives from the Big Four (KPMG, Deloitte, PWC and EY) and from international firms that are not members of the Big Four (BDO and Grant Thornton). The panel discussed the challenges faced by auditors, the key risks in their operations, the concentration of public interest entities and market competition, the vision of the development of each of the audit firms over the next 5 to 10 years in the context of globalization and automation, audit and audit quality of the audit firm. 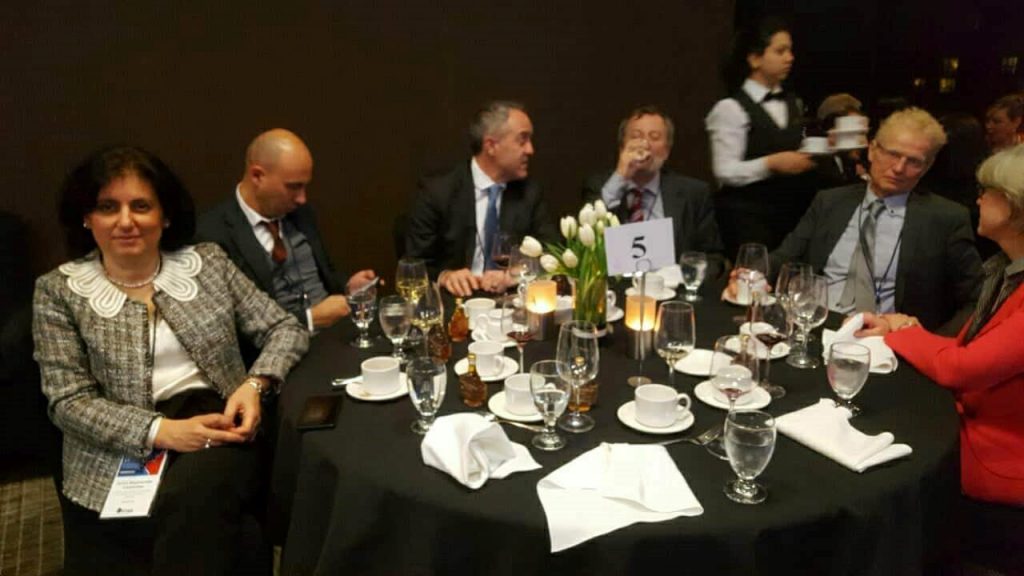 A special panel was foreseen for debate between participants from IFIAR member oversight bodies with Richard Fleck from IESBA and Arnold Schilder from IAASB – representatives of IFAC boards responsible for creating auditing standards and ethical conduct of auditors. The issues were focused on the changes in ISA 540 and their application in practice, explaining the reasons why the announcement of new standards by the IAASB takes too long, the feasibility of IESBA to devise and adopt a global and effective standard of ethical behavior. 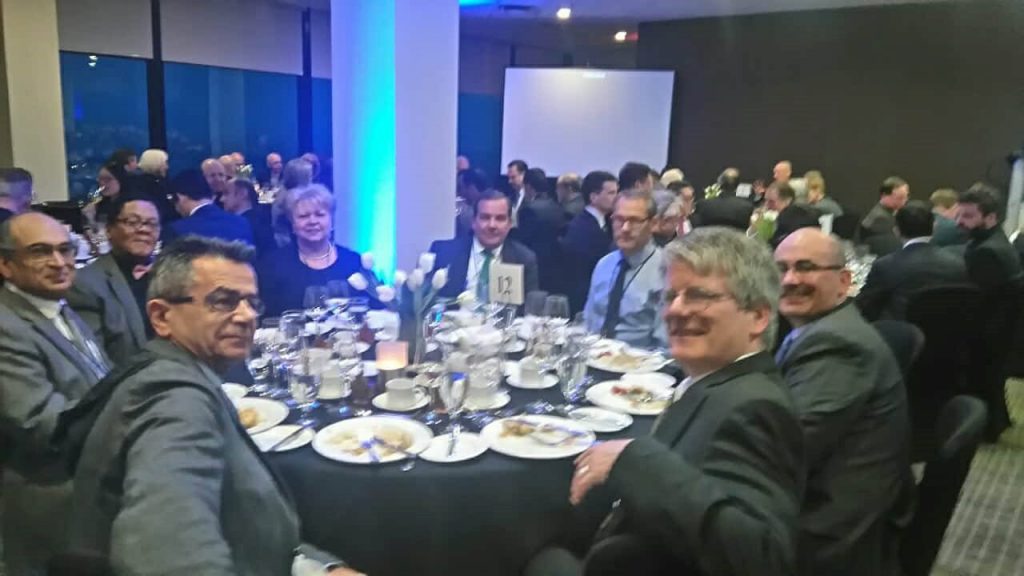 The IFIAR 2018 Plenary Meeting ended with a panel where the discussion was led by representatives from bodies with observer status such as: Basel Committee on Banking Supervision, European Commission, Financial Stability Forum, International Association of Insurance Supervisors, International Organization of Securities Commissions, World Bank and Public Interest Oversight Board. Within the debate, emphasis was placed on the reforms in the audit profession in the context of the new EU Directive related to the legal audit and the perceptions and expectations of these bodies from the audit profession.