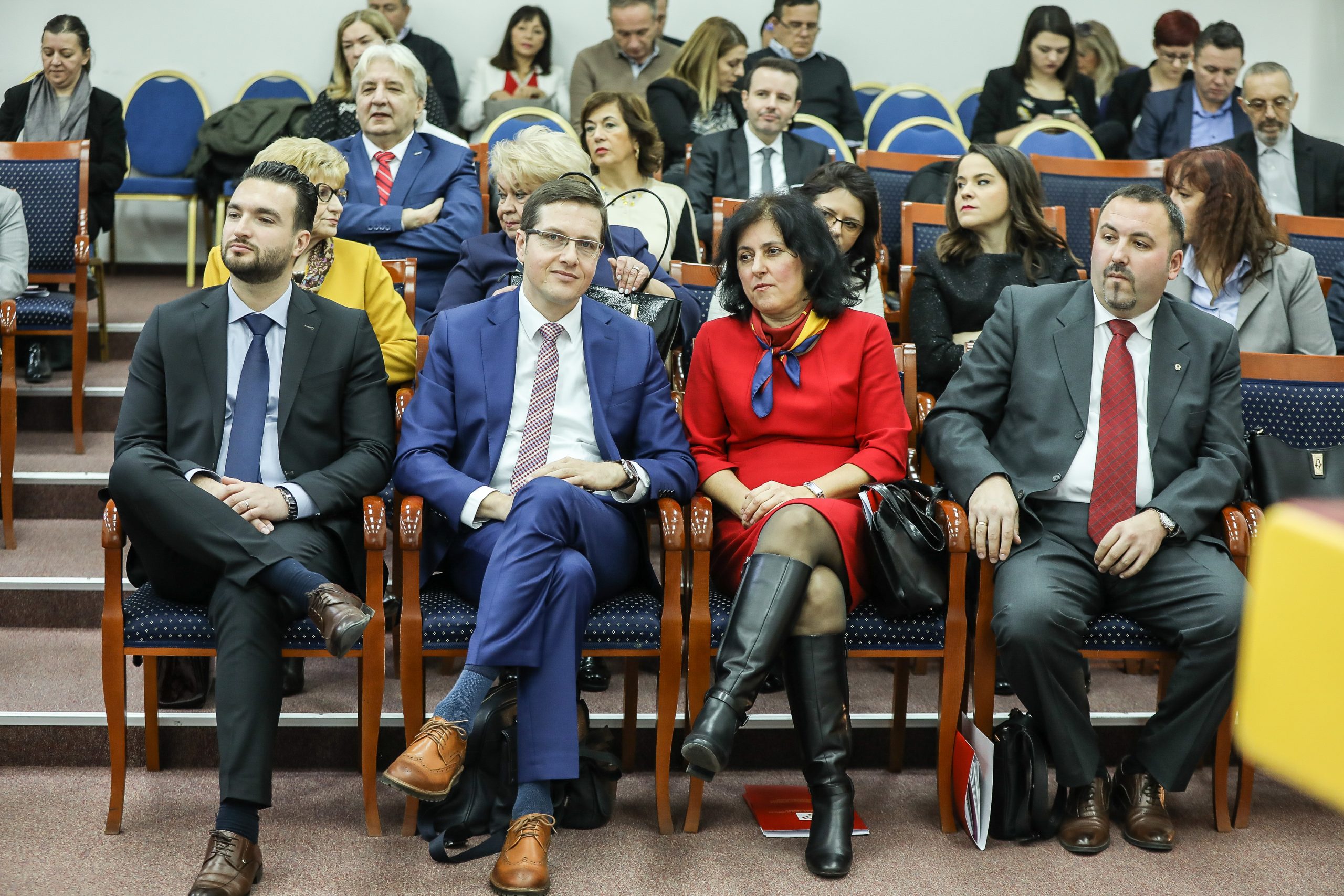 The Conference was opened and held by the President of the Council, Premtim Iseni, who emphasized the role of the Council as an independent regulatory body with public authorizations as defined in the Audit Law, as well as the achievement of the Council’s goal of increasing the confidence and transparency in the data and information expressed in financial statements of business entities. He emphasized the importance of a transparent and quality audit, open to constructive criticism that is of particular importance to investors, creditors, bankers and the wider public.

The conference was held in two panel discussions.

The first panel discussion was on the topic: “Audit legislation in the context of the new EU directive with a special focus on Public Interest Entities.” The moderator of the panel and representative from the Council was the member of the Council, Darko Blazevski, representatives of the Institute were Vera Rafajlovska and Srdjan Rangelovic and representatives from the Ministry of Finance were Aleksandra Dimovska and Boban Stojanovski. The present panelists shared their views on the Public Interest Entities, presenting their thoughts on the definition of Public Interest Entitles both in the context of the existing legal solution and the solution imposed by the current EU regulations.

It was concluded that in addition to the mandatory categories of PIEs envisaged by the EU regulation, it is necessary to define the PIEs, which will be based on the basic motives for their determination, while taking into account criteria that the PIEs have for the Macedonian economy, as well as the importance they have for the citizens of the Republic of Macedonia.

It was also concluded that in addition to the provisions that should be part of the Audit Law, it is necessary to harmonize the provisions in the Law on Trade Companies.

The second panel discussion was on the topic: “Quality control in the function of increased public confidence in the quality of the audit.” Panel moderator and representative of the Council was the Councils member Ilija Andovski and Aneta Trajanoska, and representatives of the Institute was Branka Stojanovska, Dragan Davitkov and Goce Hristov. Based on the discussion of the panelists and the participants in the discussion, the participants assessed that for further strengthening public confidence and harmonization with the EU legislation in the following period, the Council is facing the challenge of transitioning the quality control of public interest entities from the Institute into the Council. Although this will be a longer and more complex process that will require a lot of resources, but in the long run, this activity should contribute to improving the quality of audits in public interest entities and thus better informing all interested stakeholders about their work.

Also, the transition to quality control should be a medium-term goal that requires human and financial resources. For that purpose, amendments to the Audit Law and the financing of the Council should be made in order to provide adequate financial means for performing this function, which is a recommendation and the CFRR’s Knowledge Paper.